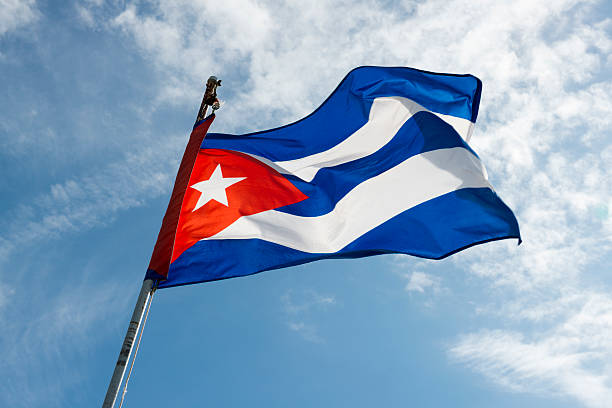 For Americans traveling to Cuba, the future looks less like jaunts to the Ernest Hemingway estate and cigar factories and more like visits to community youth programs and quality time with artisans who make cigar humidors. As a result of tighter restrictions on how Americans are allowed to spend their time in Cuba, meaningful, supportive interaction with locals is imperative.

After the Trump administration’s latest crackdown on travel to the island nation last month, tour companies are consulting lawyers, poring over scant federal guidance and tweaking their offerings to provide legal trips that can still appeal to a wide swath of U.S. citizens.

The new rules, announced June 4, eliminated the two most popular ways for Americans to get to Cuba since President Barack Obama eased restrictions in 2016: cruises and “people-to-people” group tours that merely required interaction with locals.

Americans can legally visit Cuba only under approved categories, and the bulk of those — including family visits, educational purposes, professional conferences and athletic competitions — come with detailed requirements. With people-to-people trips now off the table, that leaves one, all-purpose category: “support for the Cuban people.”

That leaves some big questions for travelers: What makes a trip supportive? What is off-limits? And what’s the best way to get there?

[As sanctions bite in Cuba, the U.S. — once a driver of hope — is now a source of pain]

“It’s been confusing, to say the least,” says Gus Maxwell, head of the Cuba practice at the law firm Akerman. “You have seen the elimination of a category overnight.”

The answers are tied up in a tangle of federal regulations that aren’t always clear, even to experts. And not every company is making the same changes as they adapt to the new category.

Commercial flights are still allowed, and people can either travel independently or with an organized group. But visitors must comply with the somewhat murky requirements set out by the Treasury Department, keep careful track of their activities and hold onto their records for five years.

Anyone who booked a people-to-people trip before the new changes went into effect can still travel under that category, though cruises ended immediately. Pure tourism (such as a beach vacation) is prohibited, as it has been for decades.

Staying at a private home and eating at privately owned restaurants go some (but not all) of the way to meeting the latest requirements, and in some cases, staying at a hotel would be allowed. No one is permitted to stay, shop or do business with companies on the government’s list of restricted entities — which includes many hotels — that are affiliated with the Cuban military. Tour companies are familiar with which hotels, restaurants and stores keep U.S. tourists within the guidelines.

According to federal authorities — specifically, the Treasury Department’s Office of Foreign Assets Control — individuals and organizations can travel under the support-for-the-Cuban-people category. To stick to the rules, they must have a full-time schedule of activities that enhance contact with locals, support civil society in Cuba, result in meaningful interaction with residents or promote independence from Cuban authorities.

The department lays out some scenarios that would fall within the law: staying in a room at a private home while engaging with the host; eating at privately owned restaurants; shopping at private stores run by locals; and supporting entrepreneurs who are launching their own businesses.

Under another example, a group of people volunteering with a nongovernmental organization to build a school for local children would also be compliant. They would even be fine to rent bikes to explore and visit an art museum in their downtime.

The government also provided an example of what is not allowed: staying at a hotel and renting a bike to explore neighborhoods and beaches with brief exchanges with beach vendors. “None of these activities promote independent activity intended to strengthen civil society in Cuba,” the regulations say.

“It’s not really like it’s purely black-and-white; there’s a lot of gray,” says James Williams, president of the advocacy coalition Engage Cuba. “I think you have to err on the side of caution.”

[What the new Cuba travel restrictions mean for tourists]

Collin Laverty, founder of Cuba Educational Travel, said the category of “support” is similar to the old people-to-people one but goes further than just visiting and interacting with people on the ground.

“You have to kind of prove how you’re helping them and supporting them,” he says. “So there’s … more of a ‘doing’ component and a little bit more of a deliverable.”

His company offered several categories of travel before the latest changes were announced but is now tweaking itineraries that fell under the people-to-people category to meet the new requirement.

He said that under a people-to-people trip, a group might have gone to a dance school and watched a performance and done a walking tour with an architect. Under the new requirements, they might bring donations for the dance school or artist, have conversations about how they could improve their operations and connect them with U.S. resources. Instead of just an architecture tour, visitors might go to private homes, hear from families about their living conditions and offer donations.

“Not everyone wants to go and do a volunteer vacation,” Laverty says. “It’s kind of like trying to figure out how to support people without making it overbearing — and having fun.”

Tom Popper, president of InsightCuba, said his company operated the bulk of its tours under the people-to-people category but has adjusted activities to comply with the updated rules. He said about 15 to 20 percent of the programming has been changed.

Instead of going to cigar factories, Popper said, the company will bring travelers to meet with craftspeople who make humidors. Rather than going to the Museo Nacional de Bellas Artes in Havana, groups will visit an artists’ studio cooperative that has a focus on promoting art by vulnerable social groups.

Although, Popper said, some tour operators might still find ways to include famous spots such as Finca Vigía, Ernest Hemingway’s house, InsightCuba will leave it off the schedule, along with the Che Guevara memorial and famous cemeteries. Instead, the company will facilitate private meetings with university students and young entrepreneurs, a visit to an organic farm and restaurant that provides programs for youths and time with a community ballet company.

“We took out anything that, under the new rules, might be questionable and just found a superior replacement,” he says.

Even some companies that didn’t have to change much of their programming are scrambling.

[Introducing By The Way, a new digital travel product from The Washington Post]

“The biggest effect is in the minds of the U.S. traveler,” says David Lee, founder of Cultural Cuba, which provided custom trips under the “support for the Cuban people” category. “I read articles where ‘ban on travel to Cuba’ was the headline. Some people don’t even read past headlines. That sounds like ‘Well, Cuba’s done, can’t go to Cuba anymore.’”

What followed has been, as Lee put it, “a period of reeducation” — another one, after the Trump administration clamped down on travel in 2017.

The immediate ban of cruise ships last month has resulted in far fewer travelers on the ground in Cuba; according to Cruise Lines International Association, the sudden change hit nearly 800,000 bookings that were scheduled or underway at the time.

But business isn’t necessarily drying up for tour companies. After the administration warned in April that it was putting more travel restrictions into effect, some travelers were motivated to make plans right away.

“That was when people who had Cuba on their list were, like, ‘Oh, my God, I’ve got to book it right now, I’m grandfathered in,’” Lee says. “That created a really big rush.”

Laverty said a number of cruise travelers who had signed up for private excursions with the company have now booked land vacations after their cruises had to lose the Cuba stop.

Popper believes that while the overall market for American travel to Cuba will shrink without cruises, tour operators will get some of the business from those who would have otherwise taken a cruise.

And, he says, there is still a silver lining: “Amidst all of these different changes and negative headlines really since June of 2017, the good news is, any American can still legally travel to Cuba, and it’s still easier than it was back in 2014.”