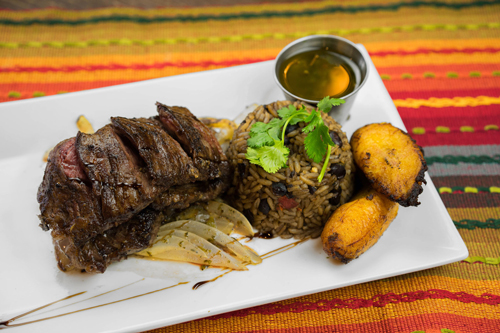 This article is from savoredjourneys, BY LAURA LYNCH

If you’re headed to Cuba, you’re likely wondering about the food scene in Cuba and if you’ll find any good restaurants. You’re wondering where to eat and drink in Havana, right? Before we left for our trip, we’d heard many versions of the same thing: don’t expect Cuban food to be very good, you’ll likely be disappointed by the food in Cuba, and make sure you take your own spices! I was convinced that we wouldn’t find high caliber restaurants and that I’d be frequently dipping into my personal salt stash.

But, all of that concern was for nothing. In fact, we found amazing restaurants, fantastic food, and a food scene that was alive and flourishing. So, I want to do my part to change the perception that Cuba doesn’t have good food. Cuban food is delicious.

In the past, Cuba’s restaurants were mostly all government-owned and operated, and they had a difficult time sourcing quality ingredients, which led to a lack-luster food situation. Recently (mostly within the last 2-3 years), regulations have eased, allowing chefs to build their own businesses. The change has allowed for more creativity and better quality ingredients in Cuban restaurants. As a result, some incredible food can now be found throughout Cuba, even in casas particulares, like Hostal Casa Vieja, which has opened a glorious al-fresco restaurant on its beautiful roof terrace.

Havana, Cuba, is a fascinating city with a strong culture, a vibrant neighborhood feel and a lot of talented chefs in the making. The restaurant scene in Havana has been burgeoning, as more and more paladares (privately-owned restaurants) have been allowed to take root and flourish.

Want to visit Cuba from the U.S.? Look our best packages for travel to cuba.

Where to Eat and Drink in Havana

What you’ll find here is an overview of some of the best Cuban restaurants in Havana, along with recommendation for some paladares that we weren’t able to make it to, but know to be fantastic. If you’re wondering where to eat and drink in Havana, Cuba, you can count on us to steer you to the right places! Plus, we never let your eyes go hungry either! After finishing a day of sightseeing around Old Havana, you’ll be ready to dig into these hearty and traditional dishes.

What to Eat in Cuba 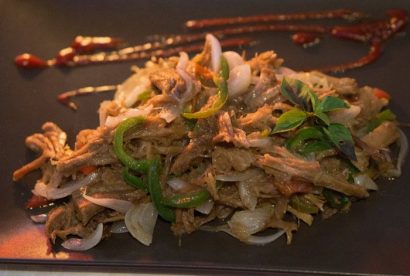 There are a few quintessential dishes that you really have to try while you’re in Cuba. These include:

Where to Eat in Havana 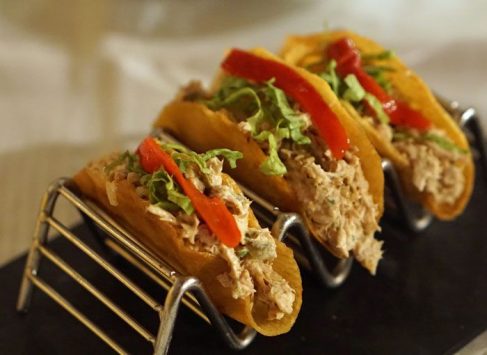 These are some of the best restaurants in Havana, Cuba. This is where you’ll find the best food in Havana. You can’t go wrong with any of these places, just make sure you make advanced reservations! Very important if you don’t want to be turned away.

One of our favorite spots for both food and drink is 304 O’Reilly. Located in a converted privately-owned apartment on O’Reilly street, this place is hopping all the time. We were lucky enough to sneak in at 5pm without a reservation, and sat at the bar where we watched the bartender make some very creative typical beach drinks, like mojitos, margaritas, daiquiris and piña coladas. They weren’t your typical boring blended drinks. Lime twirls were expertly draped across the glass and huge handfuls of basil leaves were used as garnish.

Every other time we came back to 304 O’Reilly, the place was packed and reservations only. On Saturday night around 9pm, there was a bouncer at the door not allowing anyone without a reservation near the door. The food was very good, well seasoned, thoughtful. You could sit down for a snack from the bar menu, or eat a full meal in the small downstairs, or upstairs dining area. There’s something about the intimate space, the creative cocktails and the obvious buzz in the room that makes this place unique and awesome.

All of the paladares in Havana are located in a personally-owned apartment that either used to be the chef’s house, or still is their house. The space at Cafe de la Artistas is long and narrow, with brick walls and a subdued glow for lighting. One of the biggest draws of this location is the alley in which the restaurant is located. It shares a narrow alleyway with five or six other restaurants, each with their own outdoor dining. It’s a great atmosphere.

The menu has a lot to offer, from snacks to full meals that will leave you so full, you have to roll yourself out of there. We ordered a couple of courses on a special menu they had for Christmas, and got to try a lot of different dishes they had on the menu. Keep in mind that every entree in Cuba comes with a giant bowl of black beans and rice, which are called Moros y Cristianos in Spanish. We ordered the Cuban specialty, Ropa Vieja, and a steamed fish that came with tostones, malanga (a starchy vegetable resembling a potato in texture and taste).

One of the coolest experience I had in Havana was when we went for dinner at La Guarida Restaurant. It’s located in a really broken down building (perhaps more so than the others around it), in Centro Habana. There are greeters on the ground floor to let you know you’ve arrived at the right place, otherwise you might just drive on by and never know it. The restaurant is located on the 3rd floor of the ramshackle building, and you must go up the dramatic, winding staircase to get there. It’s such a cool location, that La Guarida just cannot be missed.

The food was more modern and classy than the other restaurants in Havana that we went to. There was less of a focus on traditional Cuban food, and more desire to fulfill the vacant fine dining space in Havana’s food scene. We had a trio of tenderloin with creative sauces like chocolate, blue cheese and chilis.

If you’re looking for a really nice place to have a drink and enjoy some music with a fantastic view, head to Ambos Mundos hotel’s rooftop bar. In the late afternoon, the place is alive with people kicking back on the comfy couches, taking in the sunset and enjoying the occasional live band. Drinks like the classic mojito, Cuba Libre, daiquiris and the Cuban beer, Buchanero are all great choices and all under $4 CUC. Get there early to get a seat with a good view.

The most modern decor that we saw in Havana was in Habana 61. It’s a small restaurant with only about 10 tables and a bar. The glowing green from the Habana 61 sign continues through the narrow restaurant and gives a very modern vibe. This is another place where you should not show up with out a reservation unless you’re prepared to arrive early or wait a while.

We again ordered Ropa Vieja and loved it. This version was more tomatoey and rich than the one we had at Cafe de Artes. We also had a starter of octopus carpaccio that was fantastic. I love octopus when it’s shaved really thin, like that. The other dish we ordered was unmemorable, but the ropa vieja alone was worth the visit!

I’m stretching the definition of this post right now, but it’s worth it. Most visitors to Cuba won’t just hang out the whole time in Havana. They often take side trips to the Cuban countryside, that include the countryside town of Viñales. There are a lot of great paladares in Vinales, and if you’re going there on a day-long excursion, like we did, you will probably be taken to whichever one the tour guide happens to like or know the best. We were very lucky to try El Campesino in Vinales.

A paladar located in the backyard/patio of a private house, El Campesino had a great view of the mountains and fields and served incredible food. We ordered the grilled lobster and the fried chicken. Each entree comes with the usual huge bowl of rice and beans, plus another large plate of a special pineapple rice, a place of vegetables and a starter soup. By the time we finished the meal, we were so full we could hardly stand it. But the food was so good, we couldn’t stop eating. All of this food was only $15 CUC per person. An incredible value.

Where to Drink in Havana

There is a strong drinking culture in Havana. Havana Club Rum is one of Cuba’s major exports and is the best-selling rum of Cuba. You’ll find it served in cocktails across the country. The main drinks to order in Cuba are the typical beach drinks, like mojitos, daiquiris, margaritas, cuba libre, pina colada, havana special… basically anything with rum in it.

Some of the best places to go in Havana for a drink include 304 O’Reilly, El Floridita, La Fabrica de Arte Cuban, Hotel Nacional’s Vista al Golfo, Ambos Mundos and La Farmacia. Mostly every place has the same list of drinks on the menu at roughly the same cost of $3-4 CUC, but what sets these bars apart is the atmosphere.

One last recommendation is to make sure you try a fresh coconut on the beach. Filled with fresh cold coconut milk, the server will let you drink down the milk in order to accommodate as much rum as you’d like. The mixture of fresh coconut milk and rum is divine! The biggest/best known beach in Havana is Playas del Este. It’s a long strip of beach that is home to a number of different beaches that spread down the strip. The most popular is called Santa Maria del Mar. You can get there via bus, but it takes a bit longer. The best way to go is to take a taxi, which is about a 20 minute ride from Havana. Once on the beach, you can rent beach chairs and umbrellas and there are vendors who come around regularly to sell you plates of food and coconuts (with rum, if you want!).

As you can see, we ate well in Havana, and we tried a lot of different foods and drinks. That’s the best way to experience a new city! Have you been to a Havana Cuba restaurant and had a delicious meal? Share your Cuba food experiences with us in the comments.

Want to know where to stay in Havana?

It’s a not possible for Americans to pre-book hotels in Cuba, due to the restrictions that are still in place. You can find a few sites that will allow you to book with a credit card. We strongly suggest checking into Airbnb or book trough us and find the best way to come to cuba legaly whith our packages.
Packages
0Shares
PrevNext